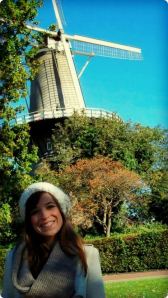 This is the story of a TCK who:

How I became a Third Culture Kid:

I blame my parents, as most TCK’s do. And when I say “blame” what I really mean is I thank my lucky stars, ok actually I thank my adventurous yet hard-working parents, for handing me (on the gold platters found in the Riyadh souks) a life of wonder, curiosity, new cultural and linguistic experiences, tastes for fantastic world cuisines, and most importantly, my addiction to life-long travel.

My dad works as a civil engineer while my mom is a teacher. The job offer to move from their home state of Alabama to the desert of Riyadh came before I was born, but still sealed my fate. Throughout the smattering resume of worldly pit stops, Japanese kindergartens, military bases, and exotic travel vacations, my brother and I were raised.

If you ask is the infamous question, “Where is home?” we get a little baffled. Read this post, “15 Answers to the question, ‘Where are you from?'” to try to understand. Don’t worry, I’m still (happily) confused too.

How I became a “Third Culture Teacher”:

Simple. I am a TCK who became an International Teacher. “Not that simple?” you say? Fear not, you’re not alone. Many are understandably confused by what I consider “normal.”

After spending my childhood in Japan, but my high school, university years and first year of teaching in the comfortable tundra of Minnesota, there was no question as to where I would “settle.” The answer was that I would “settle” by traipsing around in the world to locations that I had yet explored. I also knew I wanted to be a teacher from a young age (classic oldest-child-raised-by-a-teacher syndrome), and I was lucky enough to know that the International Teaching world existed, thanks to my mother who had made this her career while living abroad.

What is an “International Teacher?”

The International Teaching world is not always well known or understood in the U.S. and is often confused with the idea of “a great job for a 20-something wanderlust who can teach English while finding herself.” That DOES sound like a great job, but this is far from what an International Teacher does. Instead of teaching English, we teach all of your typical subjects (IN English) to expat, or shall we say THIRD CULTURE kids in International Schools. While most of the students are children of expats from other nations, some of these students are from the local country. These “local” students are now becoming part of the TCK population by spending a majority of their day being educated in another language (English) and making friends with other kids from around the world.